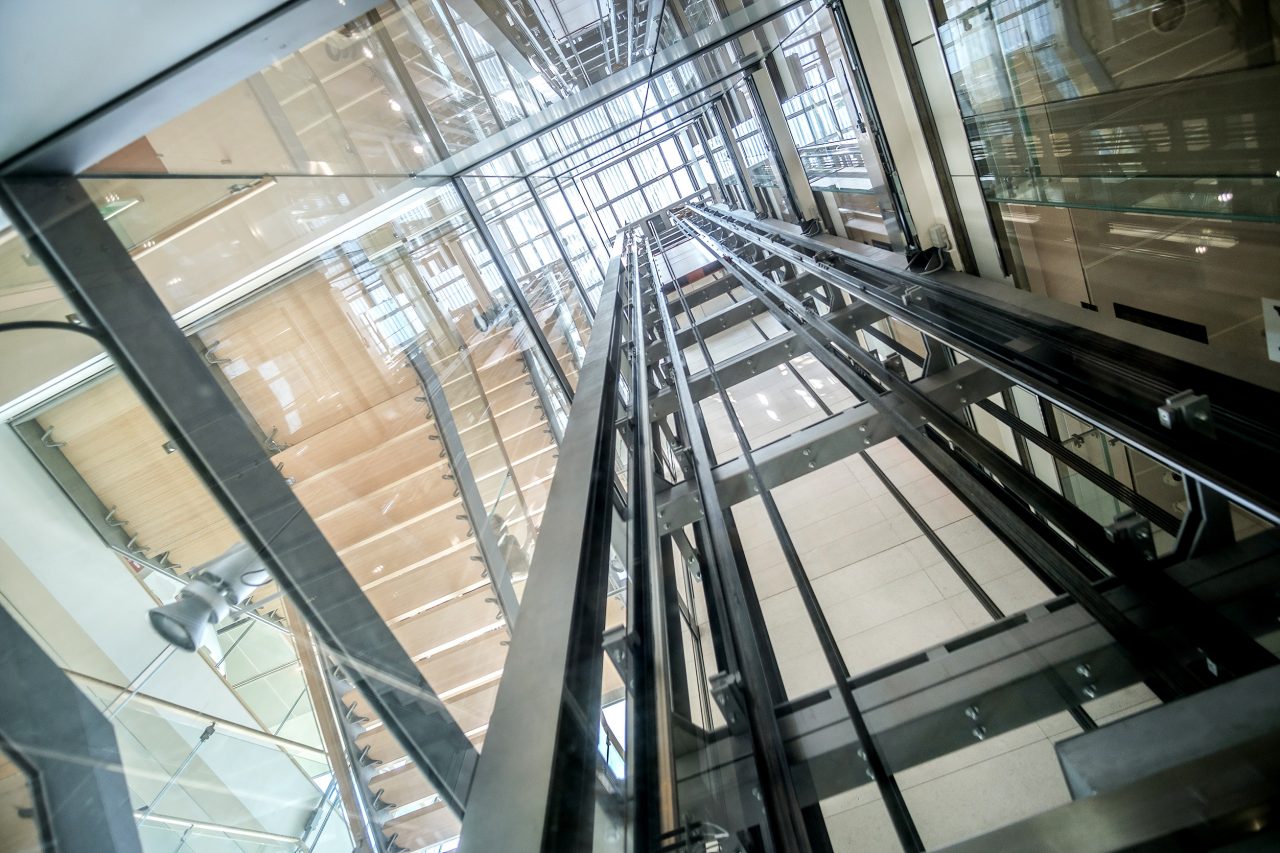 DOPPLER Lift Manufacturers S.A. is celebrating 20 years of operation in the elevator and escalator industry this year. With more than 200 partners, 1,500 implemented public projects, and 20,000 installed lifts worldwide, the company feels its formula for success has been thoroughly verified.

Guided by its long-term commitment to facilitating safe, durable, and quality infrastructures, DOPPLER offers integrated vertical- transportation solutions through a wide range of products and services. What differentiates DOPPLER is the provision of personalized proposals adequately adapted to each technical specification and aesthetic requirement. This is made possible by its R&D department, which focuses on new technologies, materials, and processes. Doppler was founded by Stavros Stavropoulos in 2000, when private and public construction activity in Greece experienced a remarkable recovery. At the National Technical University of Athens, Stavropoulos studied Shipbuilding Marine Engineering, a degree heavy in mechanical engineering and marine engineering. He entered the elevator sector in 1982, working for several manufacturing and installation lift companies until 2000, when he founded Doppler based on his vision. The company started its operation in Polykastro, where it employed a few people in a small office. A few months later, the new factory in the city’s Industrial Area was fully operational. A year later, it opened its Athens office, then established offices in other countries, such as Cyprus, the U.A.E., Italy, and Germany.

The company grew and flourished and maintained its success, even through challenging times for the industrial sector. Today, Stavropoulos’ daughter, Anthi Stavropoulou, is at the helm of Doppler and manages the company with fresh ideas and passion. Stavropoulou studied Mechanical Engineering at the Aristotle University of Thessaloniki. After completing her studies, she started working at Doppler, assuming different positions and duties. A rotation of tasks helped her gain an integrated knowledge of all company operations, as she held the positions of head of commercial management, production, business development, and procurement. Doppler is export-oriented, installing elevators and escalators around the world. Even shortly after its founding, its export activity was approximately 30% of its total sales. Its entry into the international market started in the U.K., where the first DOPPLER lift was installed in March 2003. More markets followed, such as Russia in 2006, the Middle East in 2007, Africa in 2008, Australia in 2010, and Latin America in 2014.

The global financial crisis and its impact on the industry and the construction sector changed the company’s strategic imperative, so DOPPLER adjusted to the new conditions, redefined its goals and grew quantitatively and qualitatively. In 2013, exports covered 95% of the company’s total sales. DOPPLER currently operates in more than 75 countries in Europe, Africa, Australia, South America, the Commonwealth of Independent States, and the Middle East. The company has a significant presence in Russia, Northern Europe, and the United Arab Emirates, while it aims to enter new markets, including North America, Asia, and Central Africa, expanding its global portfolio.

Doppler manufactures integrated elevator systems that can be configured according to the technical specifications of each project. Its products include:

DOPPLER strives to adapt its products to the specific installation location via materials, such as wood, laminate, glass, inox or honeycomb panels, and/or color usage. It also constantly evaluates new materials and implements new ideas for product improvement. It offers several cabin types that can be combined with digital printing and/or be accompanied by accessories, such as images on COP TFT, music, mirrors, and lights.

♦ A UV light in the cabin to sterilize surfaces

♦ An air-purifier system which sterilizes the air and eliminates germs

Following these trends, DOPPLER proposes installing a specially designed Internet of Things (IoT) system for the remote installation of the elevator by the installer, which is intended to save time and resources. A SIM card is the only item necessary to make this monitoring package functional. The IoT device provides immediate, remotely received technical support and extra protection against COVID-19, as the application is developed for smartphones, tablets and laptops and enables the end user to call the lift without touching a button.

Finally, DOPPLER provides various solutions related to Greece’s new subsidized “Save – Autonomous program.” Participants have the right to request interventions in the common areas of residential buildings, including elevator upgrades. DOPPLER, therefore, proposes and implements either the replacement and upgrades of elevator components or the elevator’s complete renovation. DOPPLER’s most notable projects include installations at:

♦ The Maersk Reacher Oil Rig in the Northern Sea, off the coast of the Netherlands

♦ Trafalgar Square in London, where the elevator was designed to adapt to the surrounding area

♦ The Dubai Tram’s main line that runs through Dubai

♦ The Hellenic Cables (Fulgor), the former authority to install the biggest underwater AC interconnection on the planet

♦ The London School of Economics (LSE) in London

♦ The Courtyard Hotel by Marriott in Edinburgh, Scotland LOCATIONS
90 COUNTRIES AROUND THE WORLD

GET IN TOUCH
SOCIALIZE WITH US