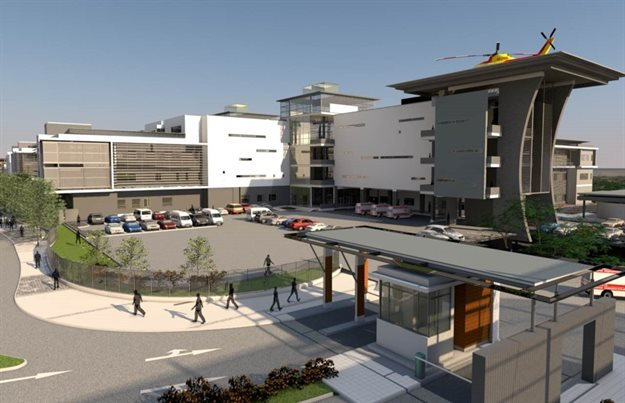 When transporting a patient, a helicopter air ambulance’s flexibility can be significant, enabling patients to reach the hospital as fast and easy as possible. Helicopter air ambulances are often used for emergencies due to the ability to land directly on the roofs of hospitals. This helipad lift was installed at Dr. Pixley Ka-Isaka Seme Memorial Hospital in KwaMashu, South Africa ensuring people’s urgent yet safe transportation. 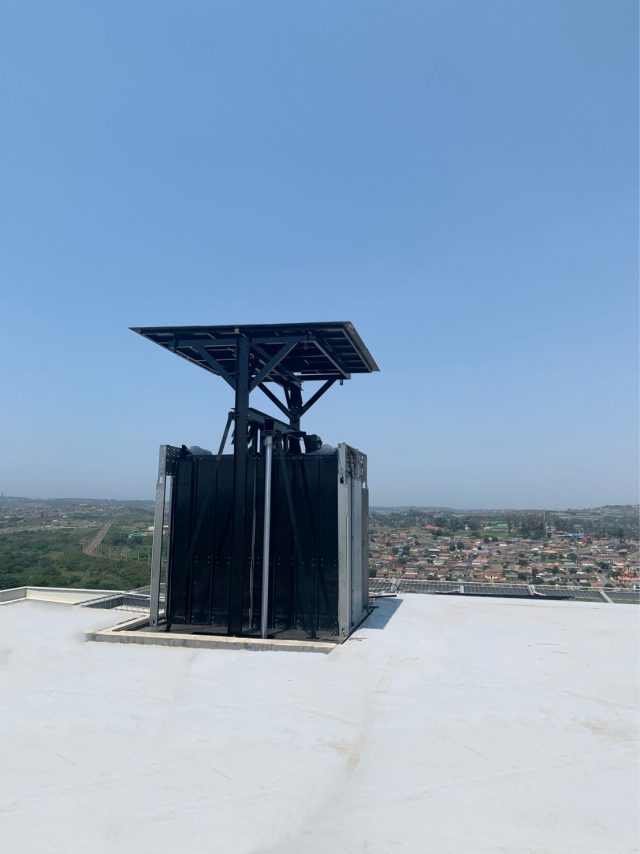 The helipad lift on the hospital rooftop

First, aviation laws stipulate that nothing can protrude around the helipad area when the helicopter lands. This means that the lift must finish flush with the helipad surface area when not in use, and it must be able to send the cabin up when staff and patients need to use the lift to come down. Another aspect is that it is a hydraulic-driven lift, stopping at only two levels — the bottom landing and the helipad level.

This lift was specially designed to transport patients from the helipad to the emergency room under optimal conditions. For this reason, the region’s prevailing environmental conditions were highly considered. To provide stability and rigidity, the lift was equipped with two pistons that helped it reach its highest level and push the lift cabin outside the brick shaft to the helipad area. In addition, the lift is also fitted with a chain torque system that keeps guides and pistons stable when the cabin is in its highest position, even during high winds.

Another factor that Doppler had to deal with was finding a solution to prevent corrosion. To withstand the corrosive environment in which it is installed, the lift’s electrical system and boxes are IP-rated. To protect the lift’s steel structure, Doppler used a corrosion-protective paint system.

“Their lifts are not standard sizes — they have to accommodate volume and beds; they have to be tough and able to withstand knocks and bumps. Above all, they must be 100% reliable with as little downtime as possible. Our Doppler solution allows us to manufacture lifts to exact sizes, which is particularly useful when delivering a solution for hospitals. Our installation of a helipad lift at Dr. Pixley Ka-Isaka Seme Memorial Hospital in KwaMashu in KwaZulu-Natal is an example of a lift manufactured by Doppler with some unique features.”

The lift consists of a double heavy-duty frame driven by two direct-acting pistons. The cabin is fixed at the top frame, while the lower part is used to guide the lift when it rises through the roof of the building. The guide rails are installed inside the well under the rooftop of the building, while the well’s opening when the cabin is at the bottom floor level is covered by a steel roof. This roof is secured on the lift’s car frame, assuring that the area’s strong winds do not affect its position when it rests on the rooftop or drifts by the lift while rising. In this way, the building’s rooftop has no protrusions or other parts that may be dangerous to a safe helicopter landing or impede any scheduled maintenance works on the rooftop. For additional stability and rigidity, the lift is fitted with a double leaf chain system that keeps the cabin stable in its highest position, even during high winds. 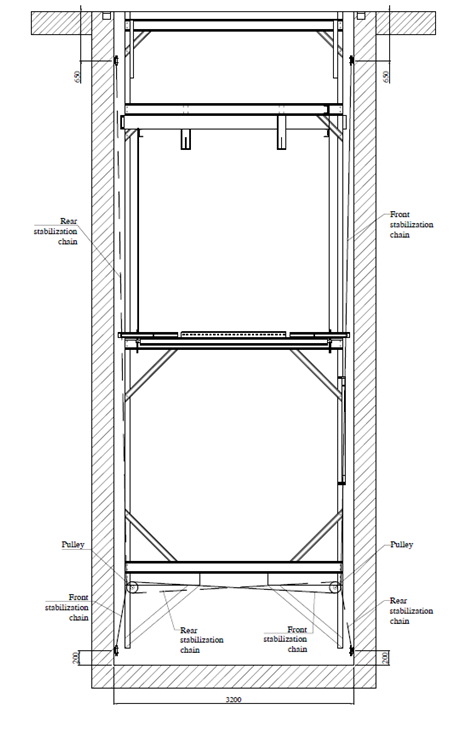 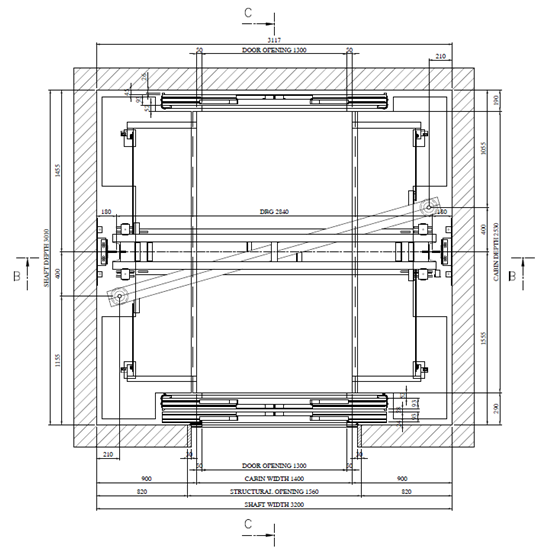 Drawings of the helipad lift

The system’s Blain Servo Electronic Valve (SEV) is controlled by closed-loop digital electronics, providing consistent acceleration and deceleration of the hydraulic elevator largely independent of load and oil temperature. An electronic card regulates the performance of the car via variable-flow solenoid valves. The elevator operation can be monitored, recorded, and adjusted via a laptop computer on-site or remotely through the modem connection. Optionally, the electronic card can be used to change data. Additional intermediate speeds for maintenance runs can also be programmed.

To deal with the corrosive environment in which the lift is installed, all the electrical parts are IP-rated and/or located inside IP-rated enclosures. In contrast, the mechanical parts, such as the cabin, car doors, and car frame, have been painted using the C5-M system, a high-durability coating system for environmental conditions classified as C5-M (very high corrosivity [marine]), according to ISO 12944.

This pillar project represents Doppler’s flexibility in creating lifts according to a specific size and technical requirements. Doppler ensures people’s smooth and safe transportation throughout their buildings and commits to always delivering well-designed and reliable customized solutions.

LOCATIONS
90 COUNTRIES AROUND THE WORLD

GET IN TOUCH
SOCIALIZE WITH US